Hej, my name is Airic Lenz. I'm a hobby / freelance photographer living in Stockholm. My specialities are landscapes, cityscapes and long exposures. I really like pictures with a Zen like feeling that show things invisible to the bare eye. I am also doing time-lapse photography and thus am developing this open-source system for motion-control of time-lapse equipment. This allows me to combine my hobby - photography - with my profession - IT. Beyond that I do street photography as well as shooting peoples moods and situations spontaneously.

it’s time for an update with some information where the project is standing.

First of all I want to thank Anderl who is helping me with the 3D development of the system. This is aiming in making the system as small as possible while taking care of the heat development and other arrangement tweaks (of much more components than the original system had). There will also be an enclosure for the second version of the system which will provide a safe and good looking home for your motion controller!

Here is a picture of the current state: 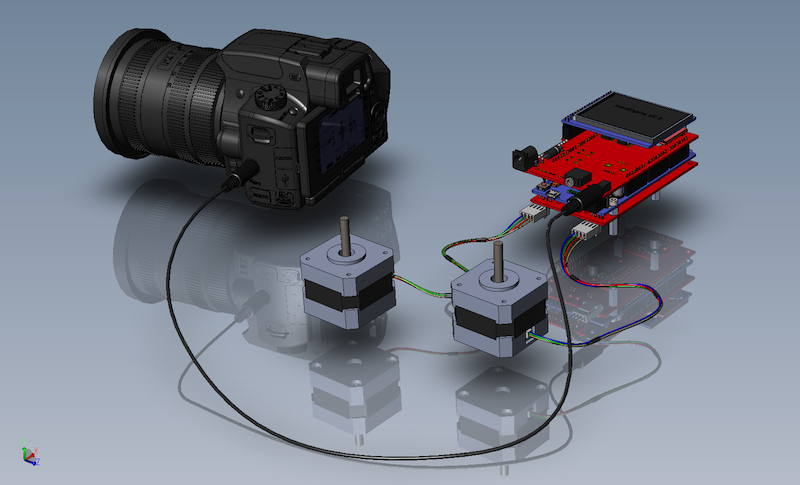 Another decision has been made – I am going for the Big EasyDriver. It will deliver the extra bit of power needed for avoiding (or at least minimizing) one of the biggest problems with the 1st version – missing torque. You can still use whatever stepper driver you like if you need something else than the Big Easy Driver.

Here is the bottom side of the system which will house them: 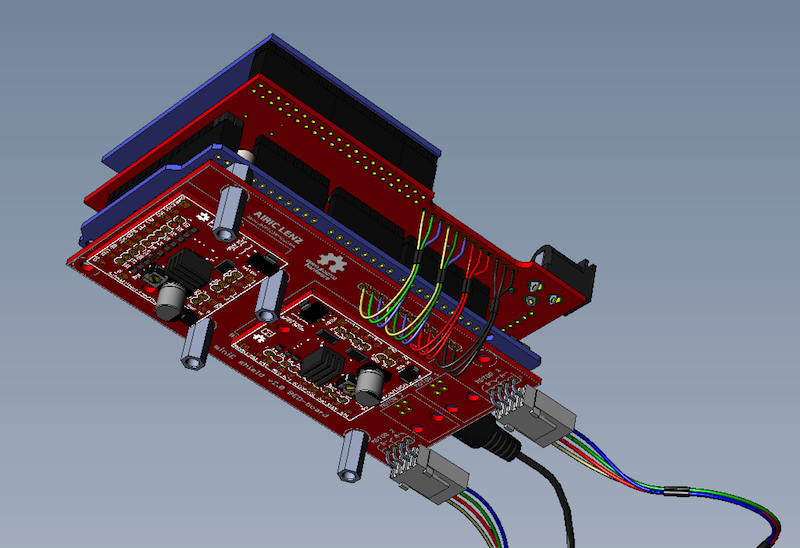 The 1st version of the PCBs will be done within the next days and after that they will be ordered immediately. When the 1st prototypes are running the actual development of the software can take off. I started with converting the software into libraries where it makes sense to improve the maintainability of the code and also to slim it down and make it more modular. Effectively this means rewriting almost all the code but it will be worth it!

I was able to gather very valuable input regarding the direction the system needs to take for being of interest even for professionals. During the last days I was working on benchmarking and tweaking different aspects of the system to meet these requirements (I never did this for the 1st system). One example is the repeatability of moves – precisely speaking the timing (crystal speed) differences of different Arduinos vs. their frequency stability. The figures that are coming back from these tests will help me in making the system more effective, stable and accurate.

Thanks too all of you that supported and continuously are supporting the project with ideas, input and feedback! I really appreciate that!

I am looking forward to the 1st prototype and to share some photos of it with you! Stay tuned for more. 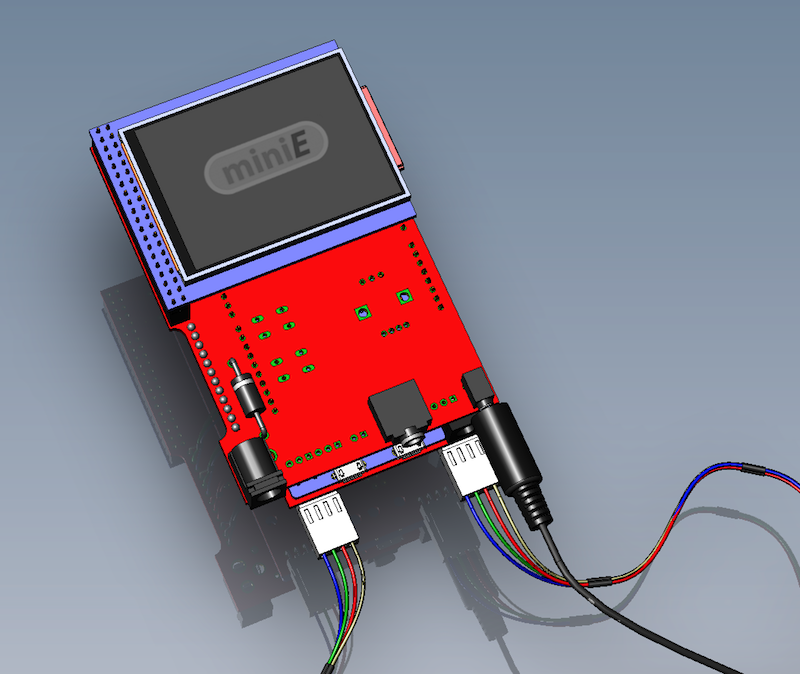 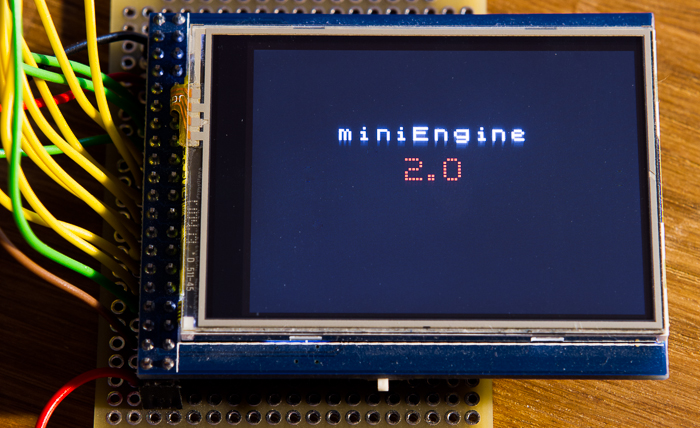 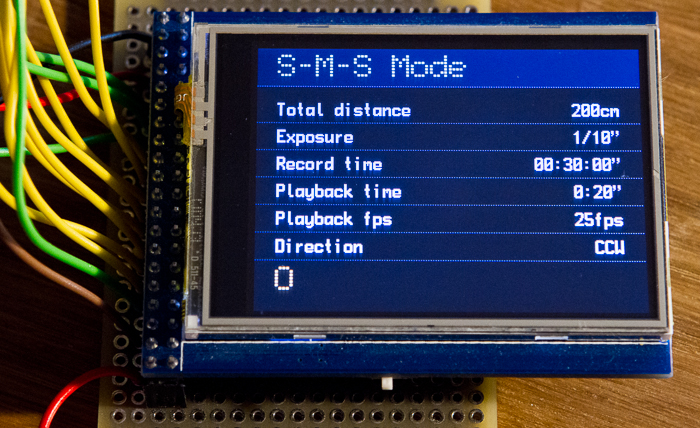 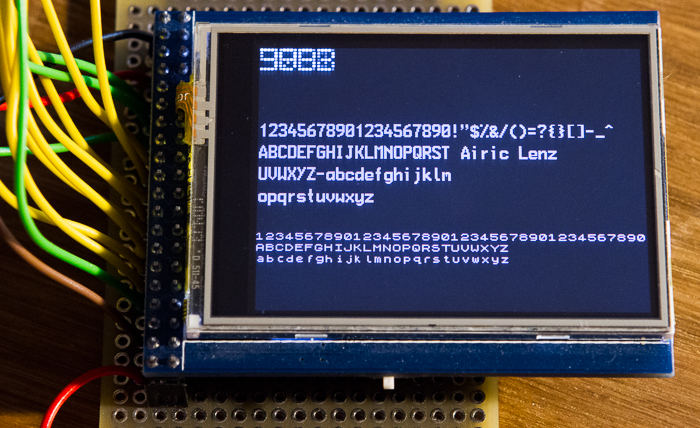 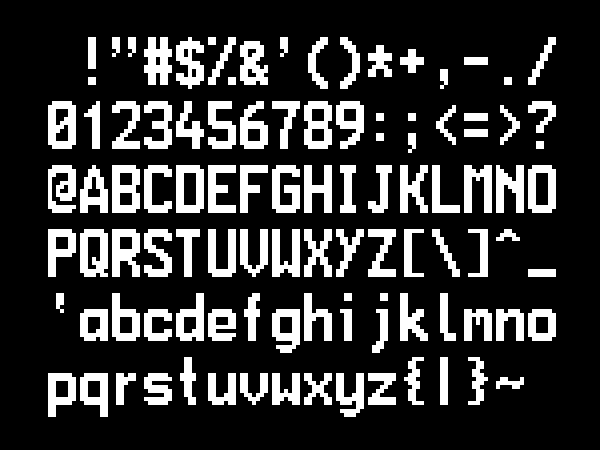 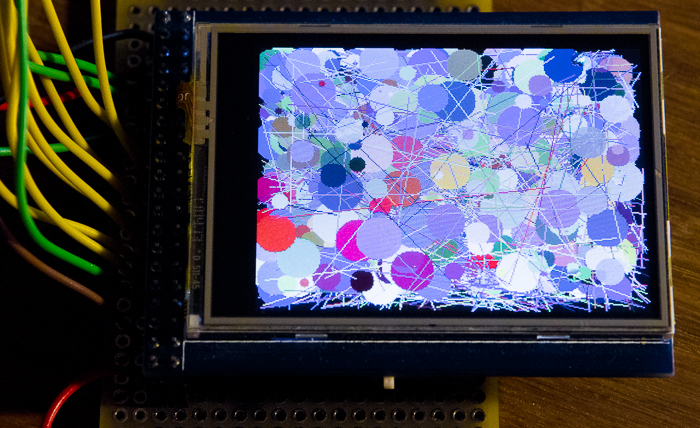 I found a nice site that provides some great tutorial videos covering time lapse photography. There are 3 episodes covering the basics of DSLR based time lapse creation including a bunch of other great tips and links. Here is where you find the 20+ minutes of free tutorials:

because the communication using the blog here is not the best way to exchange information (e.g. many nested comments that look very ugly and are hard to read), I added a forum to this site.

This will enable you to initiate communications, talk to each other and search the available contents. Also because all the information on openmoco.org was lost during a server fault, I thought it could be nice to have an alternative for you to ask me or look for information.

I hope it will help you in finding your way with the system! Please feel free to join the forum for asking your questions, discussing or commenting the system.

The home of the forum is here: www.forum.airiclenz.com

There is also a link in the menu bar.

Hello and big thanks for all of your support during the last year!

I started a little web shop for making it easier for you to get your hands on the miniE shield. The demand was bigger than expected and now there are more than 100 original miniEngines running with the red shield out there! I don’t know how many more there are.

Then, with thanks to Cinetics, the system was used for a very cool project where it was heavily further developed in terms of usability and also in terms of functionality. It was Kickstarted with big success and if want to check the result out, have a look here: CineMoco

For a project that started just as a little hobby project and for personal purposes – I think this is pretty cool!

Thanks again to all of you and have a great new year 2013!

I am looking forward to the steps the miniE system will take in the future.

During the last months I worked closely together with Cinetics, a company that helps people create captivating video through controlled camera movement. Togehter, we developed the CineMoco system. It’s controller is based on the original miniEngine software but was much further developed.

The main screen in the new run-mode

It received a whole new user interface and some other cool new features like:

The new video mode together with the new keyframe set-up

The software is still Arduino based, but this time it has to be an Arduino Mega (you might need to update some pin assignments) due to the fact that the software is written for a proprietary hardware. It is open-source and you can check it out on Sourceforge!

first of all – BIG THANKS to all of you who ordered the shield or the set!

I followed your requests and created a little documentation that hopefully answers the questions you might have! Please drop me a comment if there is something left open or unclear!

The eShop is now online. It can be found here. Thank you for your feedback, your interest and your patience! Here is a picture of one of the boards that is waiting to be send out to you:

Hello,
I cleaned up the motor code and added 2 new ramping types. The new arc-tan ramping is the default style now. It is much smoother that the old sinus shaped ramping. The used ramping can simply be selected in the code’s main file in line 133 (e.g. for going back to sinus shaped ramping). I also added limit-switch checks to the motor phases (every 150ms). And finally, the motor phase is no longer (fully) blocking. I added a check for SELECT key presses to the it. So one is now able to stop the engine even during motor phases.

The shields are ordered and currently in production. If everything goes well, I will be able to send them out to you very soon. This is how hey will look like: Hello,
thank you all for participating in the poll. I decided to set up a web shop and sell the miniE shield PCBs. So please keep patient until everything is in place. Possibly I’ll add sets that require the PCB plus all minor parts like resistors, pin headers and co. Also I uploaded the version 1.0 of the original miniE system. It contains some minor bug fixes and is meant to be the start point for more systems based on miniE. So yes, I will continue working on the system and further develop it. A branch without timed programs and RTC but with a jog function is one possible way to go. I am also thinking about a beefier version with much more capabilities (e.g. more than one motor, daisy chaining, better input, …).

Until then, have fun!
Airic