I just committed the current development state to GitHub. This is not yet the next release but contains a lot of bugfixes and also new features.

You’ll find the software here: https://github.com/airiclenz/miniEngine2
The following changes are already included in this pre-release:

In case you want to test this pre release, don’t forget to update the libraries as well! If you find bugs or error, please let me know. The final release will be ready in a week or two.

I also released a new version of the version 1. It is just a minor update but it includes some improvements regarding the motor speeds. The miniEngine v1 is from now on hosted on GitHub:

Here it is – the next release – packed with new features and functionalities. The biggest is surely the all new Windows client (with its final name) miniEngine Studio! 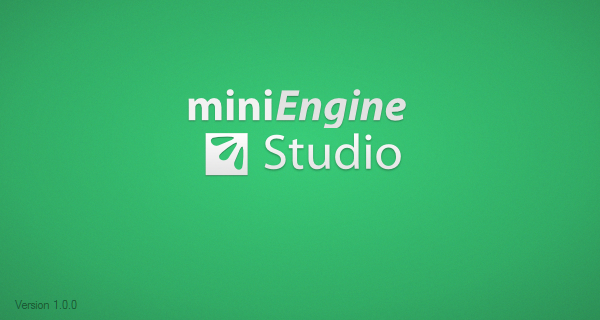 The new miniEngine Studio can be found on GitHub: https://github.com/airiclenz/miniEngineStudio

The miniEngine software is also on GitHub: https://github.com/airiclenz/miniEngine2

Here is a list of all major updates and changes to the system:

The new Windows client has no documentation yet but should be pretty self explanatory as all button have a tooltip to guide you as much as possible. I also tried to make the user interface as clean and straight-forward as possible. If anyone of you still is not able to figure out how it works, please contact me via the forum. I will help you as good as I can to make it work together with your miniEngine!

If you have any suggestions or find bugs, please let me know. This is the very first release and there is surely lots of space for improvements!

…but mainly I just hope it is of any use for you guys! 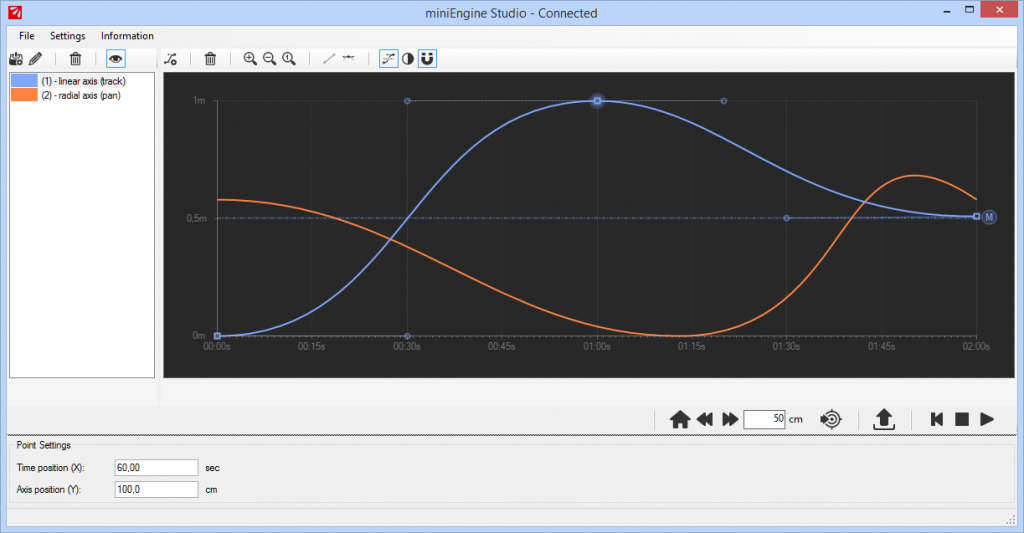 Here are some limitations to the functionality which I am aware of:

I also added a big portion to the documentation which should explains the system-assembly in much more detail. 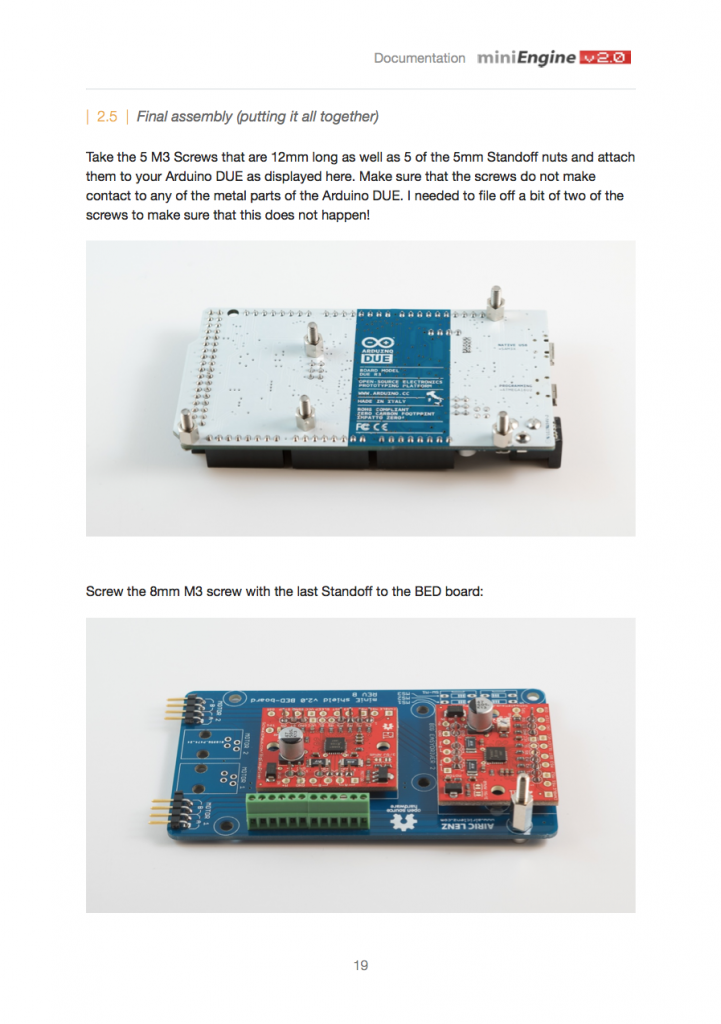 Link to the documentation….

Have fun with the new stuff!

I finally managed to write a short section for the documentation which explains how to use the system. The biggest problem until now was that there were no pictures or other explanations what the different buttons actually do. I tried to make everything as self explanatory as possible and hopefully succeeded (because I never received a singe question on how to use the new miniEngine). Anyways, here is a picture with a description of the different button functions. Some more info can be found in the updated documentation.

I also added all needed libraries into the GitHub repository, where you can download the whole project files, so that you have all you need in one download.

One more thing I’d like to post is a short but beautiful video by radixi, done with the new miniEngine 2 in some great Finnish winter (moon-) light.

I worked hard the last couple of days to get everything together and write an initial documentation. Now I am done and just released the miniEngine v2 to the public, to you. It is now available in the shop: 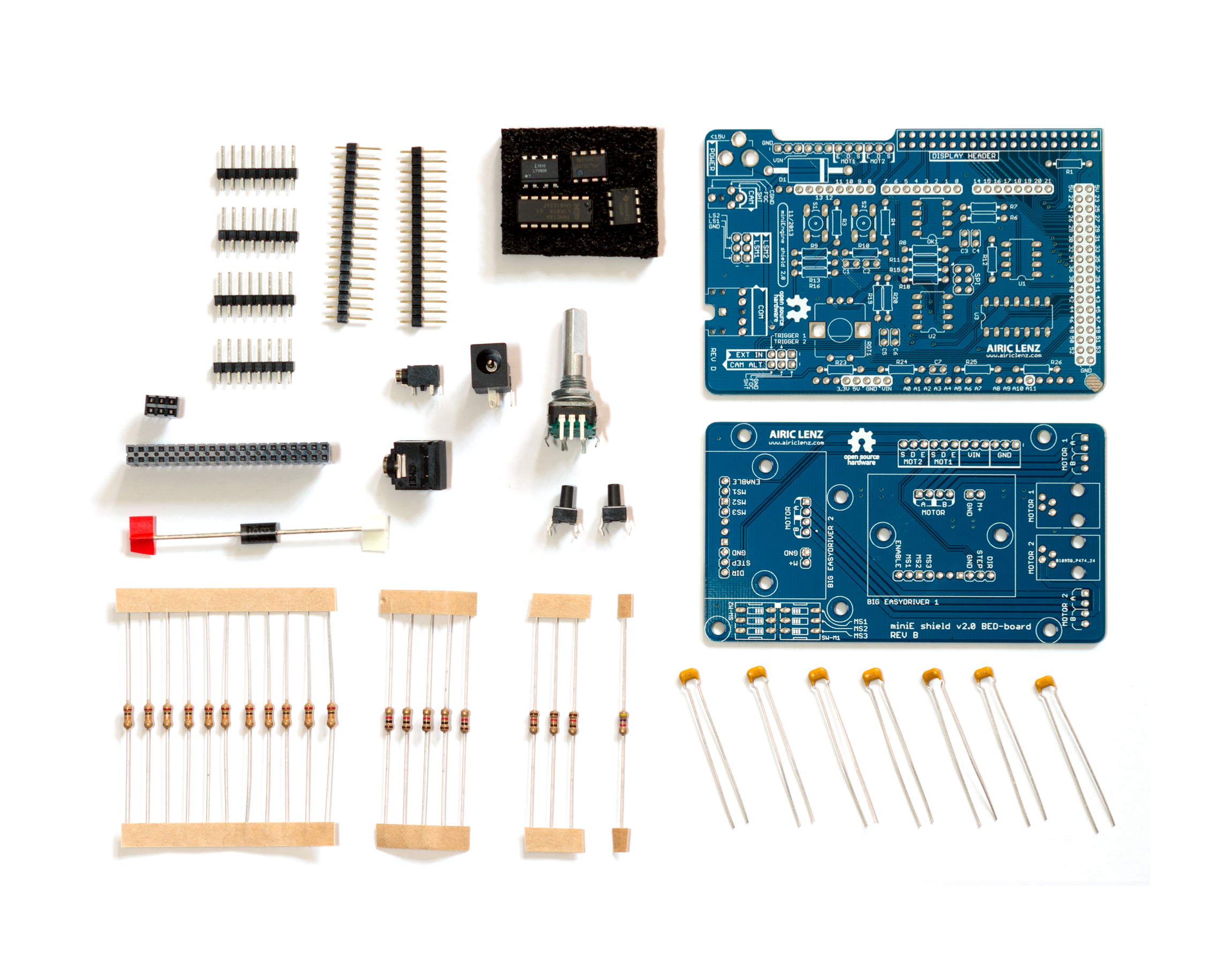 ..and all required files are committed to GitHub:

The ones of you that have any questions, please post them in the forum. I am happy to answer them there.

here is one of the graphics, I created for the documentation that I am currently writing. I thought some of you might find that interesting. 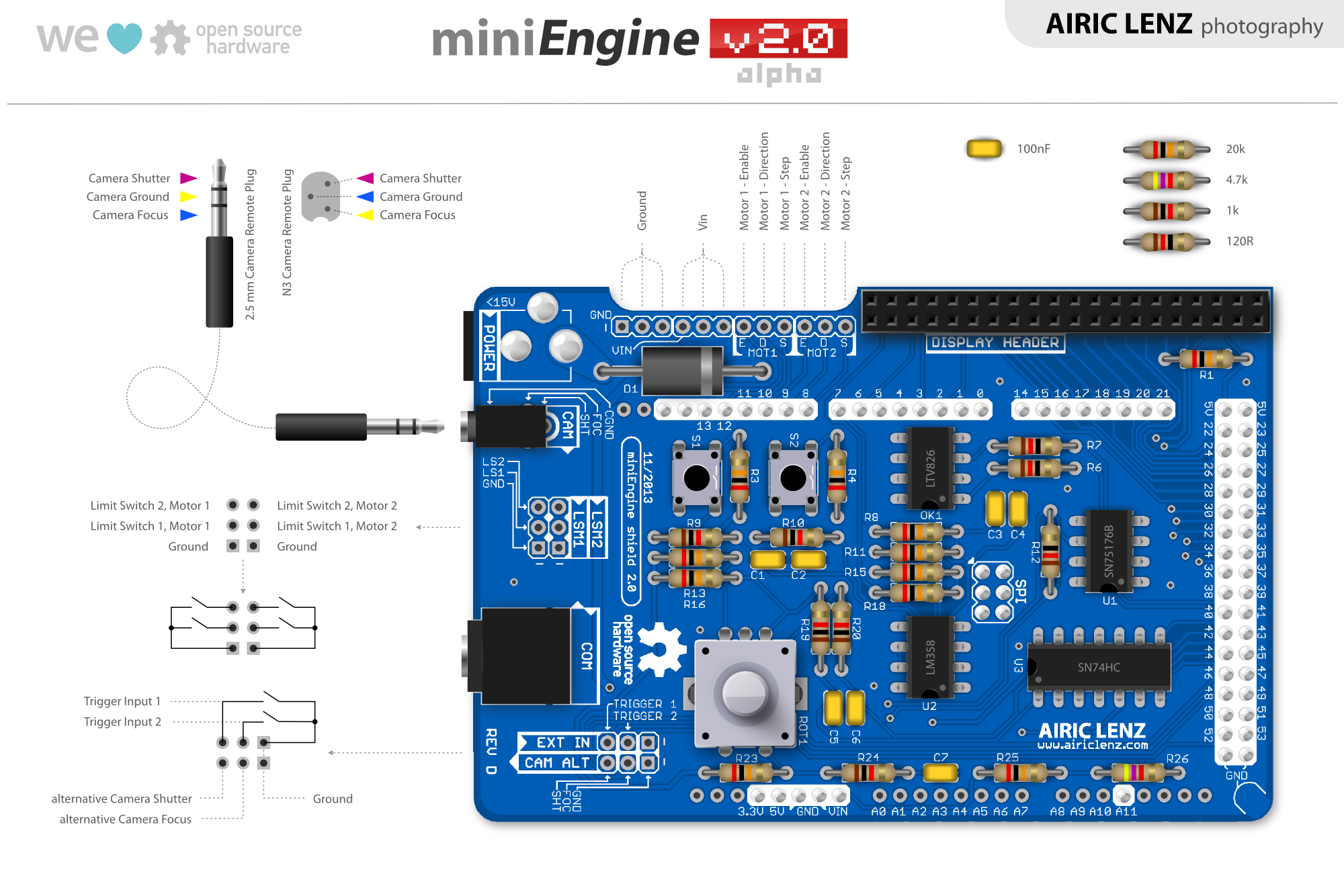 I just ordered the first batch of shield PCBs for the shop. They will be blue and available as soon as they arrived. I’ll also order some needed parts so that I can offer sets for those of you that want to start quicker.

In the meantime I will continue working on the software. The first version which will be released will have motor control for 2 motors with the new Bézier-based-algorithms. Manual motor placement, higher motor speeds, all measurements in seconds and cm (no more conversions from steps to cm out in the field) and the better user interface are just some of the benefits which will be available in the first software release.

This first version will not be finished but be the first step to the system which I designed to be as capable as possible incl. daisy-chaining, video moves, external inputs and so on.

I am looking forward to getting it into your hands! 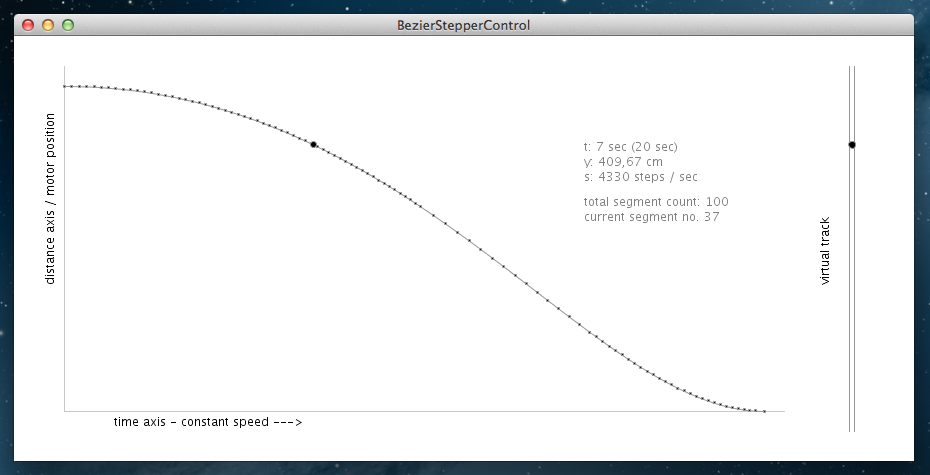 it’s time for the promised update! The last weeks I was working on the system quite a lot. This is what was done…

I received the revision B prototype-boards but had the great “luck” that my order had some production failures and 2 of the 3 boards had random shorts between the different signal and buses (this is the reason for the wires you can see on the pictures). The (free) 2nd run is finally produced and will arrive here within the next couple of days.

I already can tell though, that there will be a 3rd revision of the boards as I want them to be perfect and also received some last-minute ideas which I just have to include! One of them is to add DIP-switches to the motors-driver-board so that one can set the motor-mode easily from 1/8 step to all the way up to full-step.

The other big part of my development work was the implementation of core parts of the software. The basic UI-engine is implemented and running to my satisfaction. I guess I found a good way to realize a smooth user-input-system with just 2 buttons and a rotary encoder. I really like the encoder input and still can use on more button and then there is the touch-input which will be implemented for later versions greater than 2.0.

Here is a picture of the settings menu with 4 of the 5 so far existing menu points fully implemented (the ones that show data on the right side): 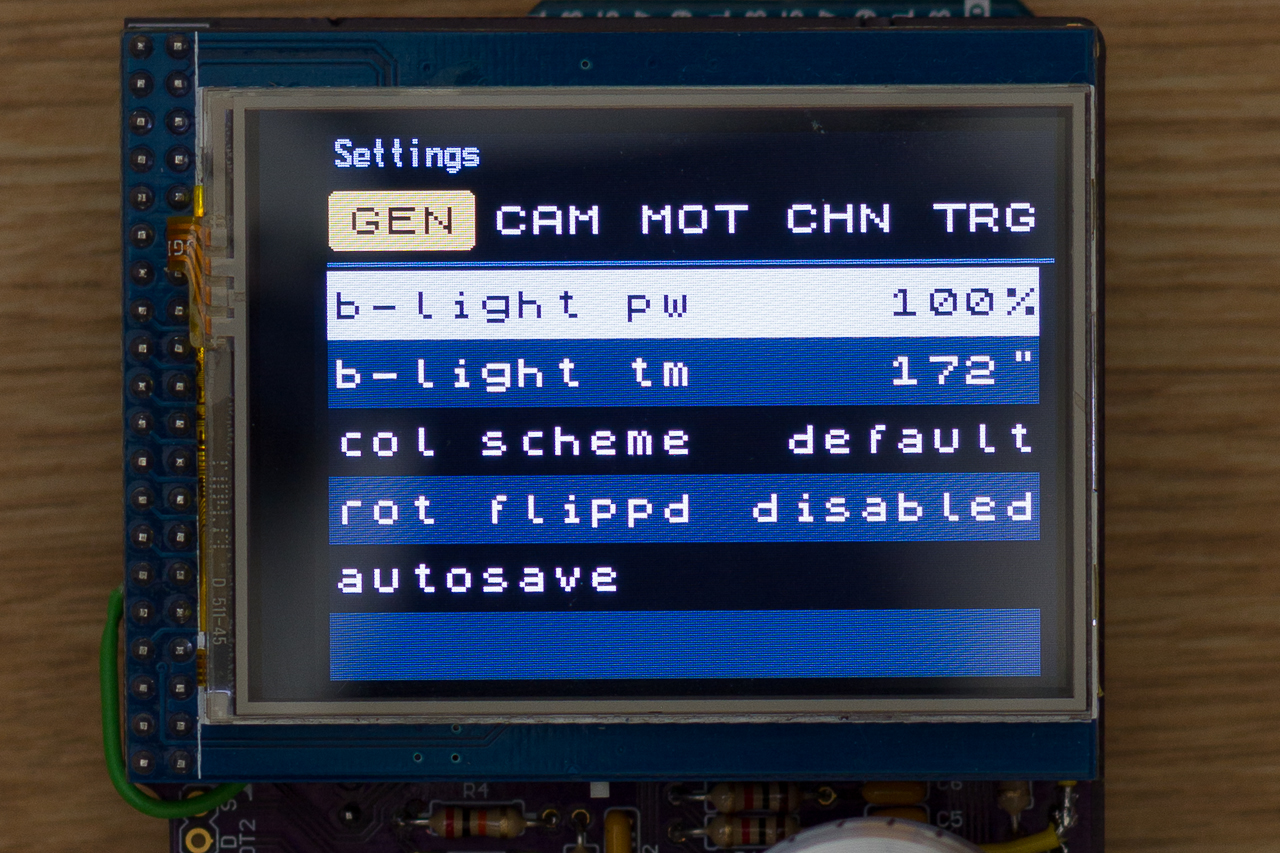 when pressing the “edit” button one will see a new screen, dedicated to the selected setting. This screen will contain some basic explanations about what the setting is all about. This way a basic help will be included.

Here is how the main screen will look like (sort of) – this screen will show all the data that is relevant to the actual shoot. The data is still missing but I hope you get a feeling for how it will look like: 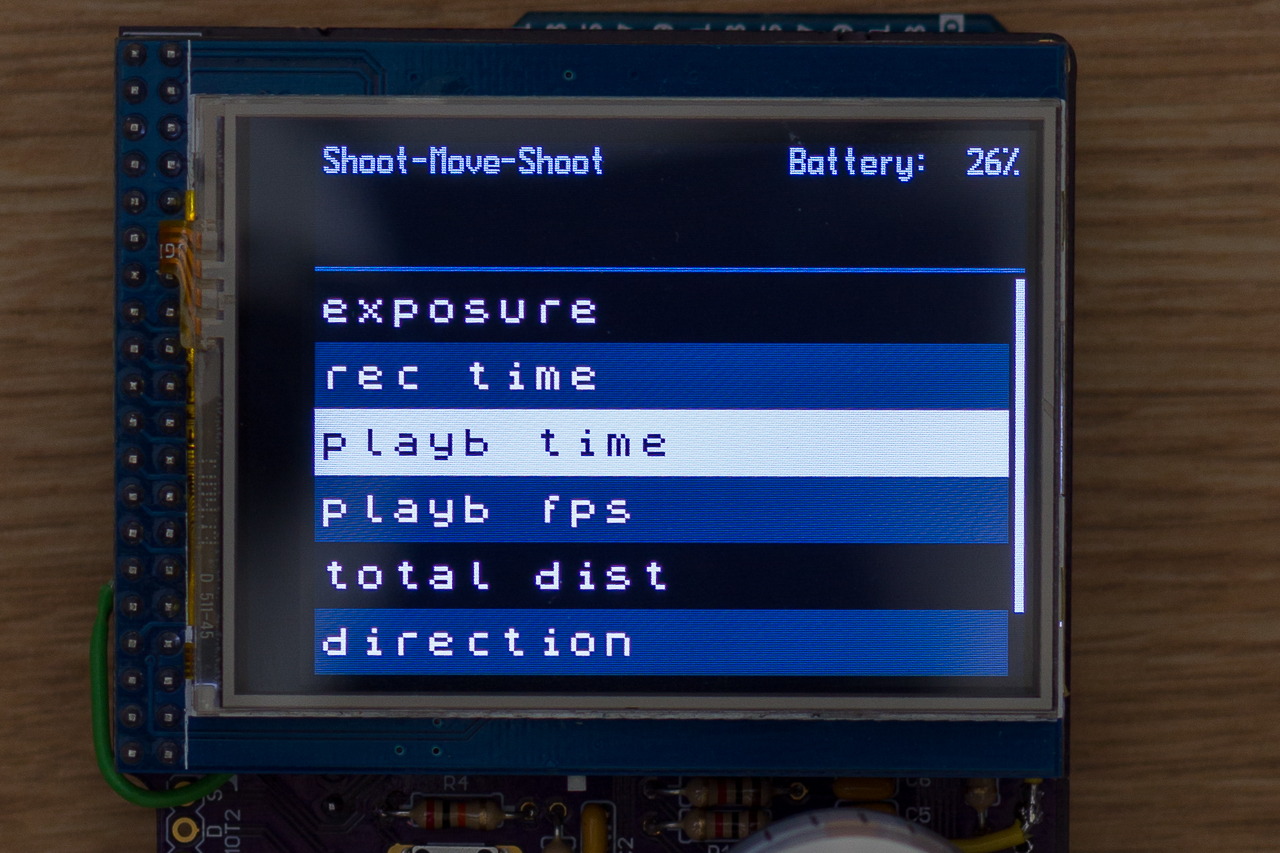 As you can see, I added a functionality to read the input voltage and thus display some battery information. This is self-calibrating and will show perfect values after one full battery-cycle (After the system knows the values for fully charged and fully empty). Another feature which I always wanted was the support for color schemes. Here is a picture with the “night-vision” scheme activated. 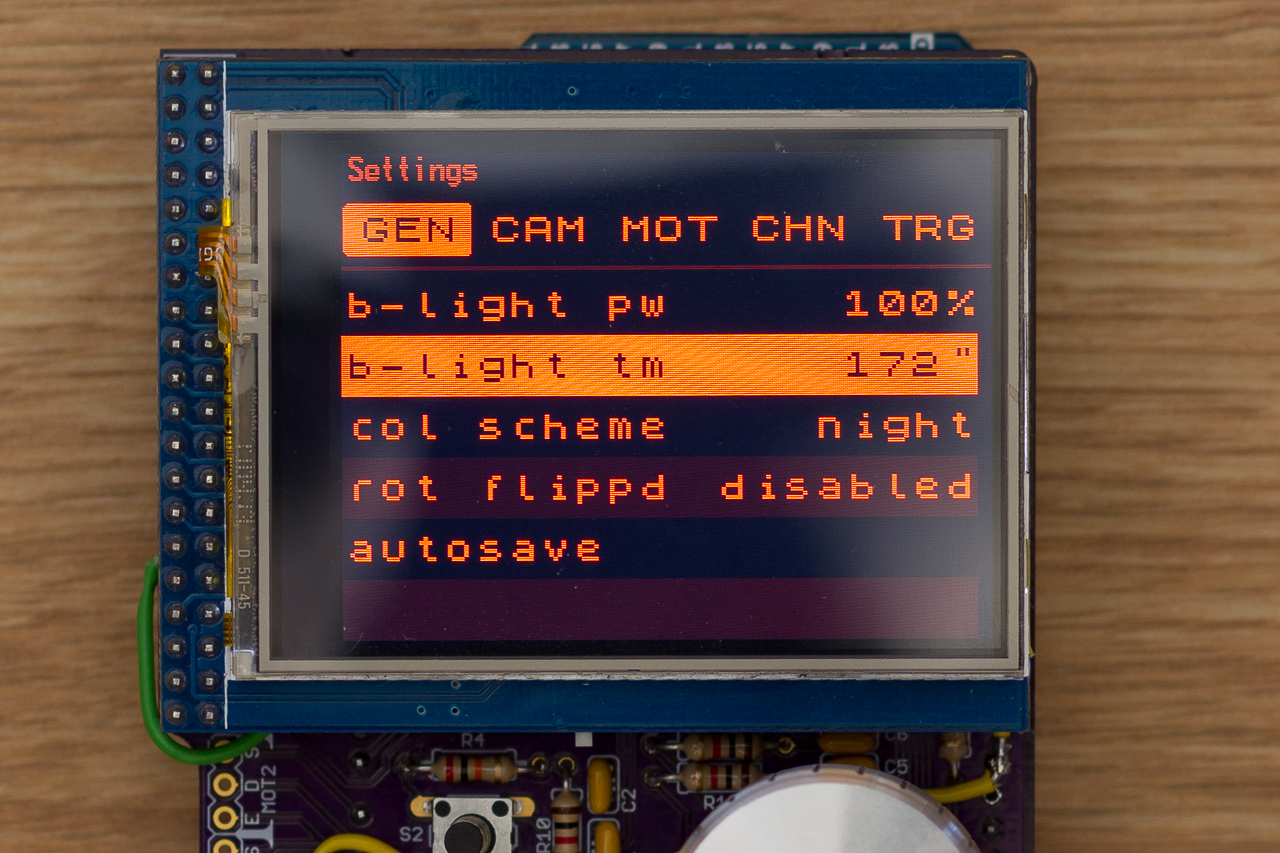